Hurting so I'm sorry for people who hurt all the time

Since the end of September my joints, knees, shoulders and elbows have decided to hurt.

I thought it was just arthritis and getting old and I would get used to it.  I'm not getting used to it. I shuffle and try to do normal walking and picking up stuff but I am terrified of falling over.  At least I've come down from two walking sticks to one to none and I'm sure that leaning on sticks didn't do the shoulders any good.

I refuse to acknowledge I have depression, that would really make me depressed. I do have anxiety, a gift given to me as a child, one of those gifts once given never leaves. I know my friends all have pain of some kind and all of us wouldn't make one whole healthy person so we shut up and stagger on. Well I was sick of doing that so I had a good howl the other day and felt better for an hour.

I'm now trying to get in the shower but there's no-one home, only my 80 year old neighbour and I'm terrified of falling. And no I'm not getting one of those alarm things because I'd fret and worry about pressing the button every morning.  I think I'll have a cuppa and a biscuit and sit for a while.

I wish they'd stuff Black Friday sales which will lead into Christmas sales and hideous carols. I can't even buy Ice Bear a present, five minutes and he's bored. Can't figure out why cats shred toilet paper and look like they're having fun. I tried that and he just put his head on it and went to sleep.

Okay, tea and biscuit, I'll do that first then all that other stuff.

Some men should be deleted for good.

I've removed the photos of my girls after the arrests of the disgusting ring of Pedos in Australia. I know my blog is only a small one with not many readers but I'm not taking any chances.

I'll be back soon. Almost broke a knee and still in pain but the Doc says to rest but get up and walk every half hour. It should be an hour since the first half is whining, screaming and moaning.

Pathology coming at 8 tomorrow morning to take a gallon of blood. Love that before breakfast. 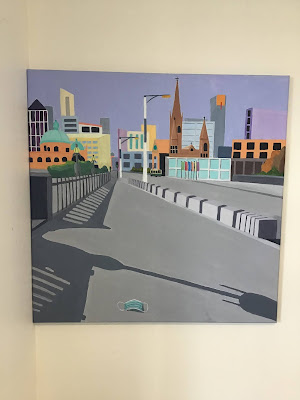 Lace and a trace of leather 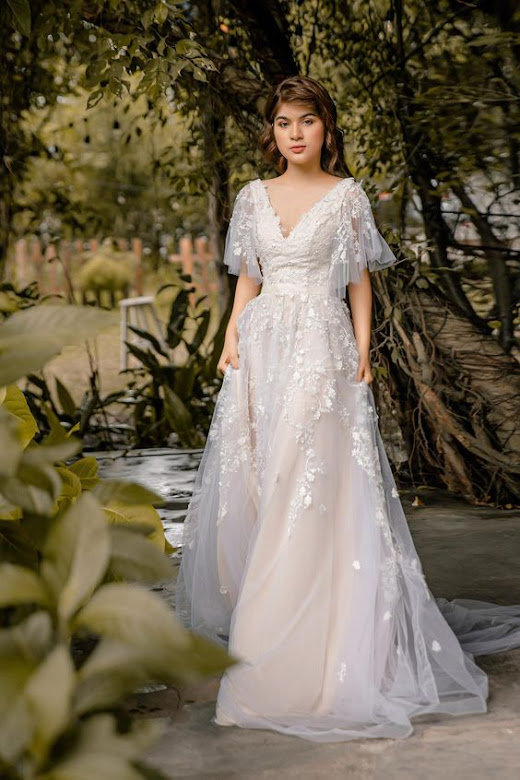 I love watching a wedding dress show which is on really late but it's worth the laugh. Fat brides, really enormous brides with humongous boobs and then there are the really really big arses, for balance so they don't fall over from the big boobs. I can throw stones, I'm leader of this bunch but I would never choose a bridal dress with strapless top and something that tries to make out there's a waist under the boobs and above the bum. And they want it fairy tale pouffy with bling but it doesn't work because they walk like draught horses. If you're paying $15,000 for a dress then you must pay for a concrete corset to wear it properly, like stand up straight, no slouching and learn how to glide and no buying 6 inch heels if you're not used to them.  I always remember Sarah Ferguson clumping down the aisle like a race to the prize.  Strapless with boobs always needs a little something to soften the shoulders so you don't look like a Sumo wrestler.

I love this dress.  I love the blush pink colour under the gauze. I love the floaty sleeves and the lace and the V neckline.  The back is just as pretty with a long train of the flower lace gauze. Now think giant boobs practically sitting on the hips without that waist.  It's the kind of dress that could suit BIG. You have to imagine it, probably think about it for about an hour until the picture jells.

And forget the really overloaded perfume flowers like lilies unless you intend to have all the bridesmaids perfume co-ordinated with the flowers.  Never mind all the guests wearing different perfumes as well. The Bride supposed to be the standout with a gentle wafting perfume that follows her into the venue not gallops through the door 5 minutes before she does.

I bought  new cologne the other day, on special. Since I can't go anywhere I'm wearing to bed, makes my dreams sweeter. It had all the citrusy ingredients I love and since it was a man's cologne (it was cheap special) it also had a touch of leather. I couldn't think how the leather would go and how did leather smell anyway.  By the time it had worn down to the base notes, I could just get a faint whiff, like wearing a new watch or walking into a shoe shop, an expensive shoe shop with delicate matching handbags or fine leather gloves, not politically correct these days. Then the smell was gone and the citrus stayed on.

So there are your blogger influences for today and it's free.

Just one more before they grow too much

Clio looks like she can handle a spoon but Rylee thinks hands are faster.  Jobs are tough to find in Queensland like everywhere else but I would never like to see these two in danger because of Covid-19.

Colour me happy because I managed to do another self hair cut with no ears snipped and it is now my proper shade of red instead of half white, half red and looking like a stand up cockatoo crest.  Still having trouble with shoes though and I can't break my shoe horn because I can't get out to buy another half dozen. I've found it's easier to buy them in bulk.

The Covid lockdown in Melbourne is easing a bit. I can nominate one person to visit me and the curfew has been extended for another hour.  Dan Andrews has suggested for cafes to have tables on the footpath with car parking space being the new footpath. Some streets in the City might be closed and I am just waiting for the first person to start whinging about that. The Council rates are in and now I must remember that payment is on the last day of the month not the first day as it was last year.  I have postal notes all over the computer to remind me.

I'm now going to treat myself with strong black coffee with marshmallows on top. I can live without cafe coffee but probably not muffins.