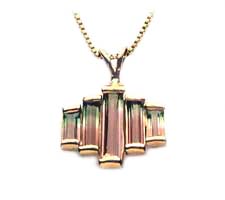 I walked three kms yesterday with a walking stick and one stop in the park so I deserve something pretty like the watermelon tourmaline crystals in the pendent above. I love tourmalines. The name comes from the sinhalese word 'toramalli' meaning high or hard rocks.
They should be set in an open claw setting because the gem has a negative charge at one end and a positive charge at the other. 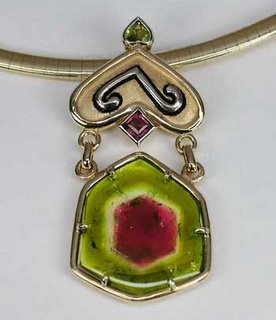 This slice of watermelon tourmaline is from the Himalaya Mine in California and shows why it's called watermelon. I'm greedy I'll have both. 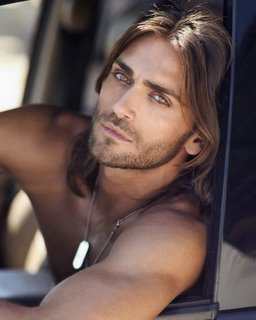 He is also a little gem. Slightly polished, a little rough around the edges but the eyes, it's always the eyes. I'm not greedy here, one of him will do.

I would have put up a picture of my mum for her birthday but she threatened me with a visit to see it. She was 76 yesterday and her identical twin came for the day. The little 2 year old from next door came in to give her Margie a birthday cake, took one look at the twins and dropped the cake. Priceless.

Anyone who thinks genetics has nothing to do with fat people has never seen our family in one room. Wall to wall bazooms and bums.

"Wall to wall bazooms and bums."

As a dedicated and completely unrecontructed non post modernist bazoomist that sounds awfully like our idea of heaven on a stick ... well, on walking sticks. :0)

Dirty old excellency with a stick!

Well, there are times when it's more enjoyable to indulge the vice side of vice-regal.

Now people, how many of you can remember Sabrina?

""I did but see her passing by, and yet I will have blindness and hairy palms until I die." (What a way to go! Eat your heart out Robert Gordon Menzies!)

And if I remember, no surgical intervention for the lady. She put her attributes down to lots of swimming.

- and if I said "breaststroke" was her preferred event, I would be really letting out my real identity out of the bag wouldn't I?

(Yes, 'tis true enough to be sure to be sure, nobody has ever seen me and Benny Hill together in the same room at the same time.)

I'd believe that since Benny Hill's dead and you looked a little green at the last grogblog.

Just the gills, just around the gills.

(Greenie and Brownie cheek by jowl ... an ugly sight.)