Seymour Island is right up against the Antarctic Peninsula which used to be connected to South America. It's remarkable for the deposits known as the K/T boundary which marked the 2nd greatest mass extinction in the world due to the impact of the Chixulub Meteorite. This marked the end of the Cretaceous Period and while it's debated, is generally thought to have also meant the extinction of the dinosaurs. The dark horizontal line in the cliffs below is the boundary. The Swedish explorer, Otto Nordenskjold, came here in 1901-02 and found fossils from the Late Cretaceous Period (65 million years ago), the Palaeocene (65-56 million years ago) and the Eocene Epoch (56-34 million years ago). 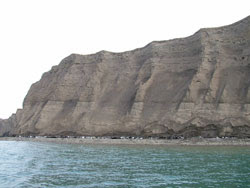 The Palaeocene fossils on Seymour are mostly plant fossils from a forest dominated by the Antarctic Beech. It still grows in Australia, New Zealand, South America and New Caledonia. 55 millions years ago when these trees were alive, the forest stretched from Brisbane to Buenos Aires in a continuous corridor. 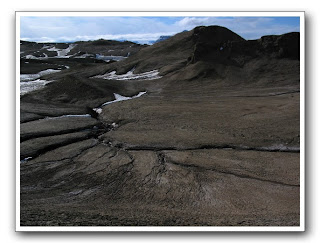 By the Eocene Epoch, the island was back under the sea. The fossils found from this time are the oldest known whale and penguin remains. In fact Seymour Island has the fossils of numerous species of penguin dating from 45 million to 34 million years ago. The waters had warmed and changes in the fauna can be tracked over 8 million years. Fragile invertebrates flourished in the colder periods but as the temperature rose so did the hard-toothed fish and goodbye invertebrates. 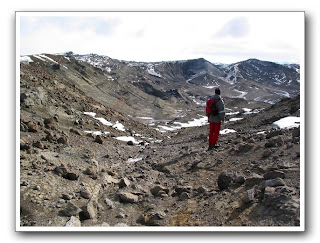 The first of the Antarctic dinosaurs was found in the mid 1980s on James Ross Island. Then a variety of Cretaceous-aged plant-eating dinosaurs on James Ross and Vega Islands. In 2005, the remains of a meat-eating theropod dinosaur were recovered followed by fossil mammals and the world's oldest duck. In 1992 on Vega, a partial skeleton of a bird, approx 66-68 million years old, was found which belonged to the modern group of ducks, geese, and swans.

On the Antarctic continent itself, several dinosaur fossils have been recovered. These are major finds because of their age, the early Jurassic Period, around 190 million years ago. Fossil deposits of this age aren't easily found anywhere in the world. The latest find in the Trans Antarctic Mountains in 2005 was a large sauropod or long-necked dinosaur.

"This marked the end of the Cretaceous Period."

Not sure about that...there are still plenty of cretins about round my neck of the woods.

No, they're not cretins around your neck. That be an ancient albatross, me old salt.

I know this for a fact. I have the entire works of Herb Albatross and the Tijuana Brass. So count yourself lucky that he was around your neck and not your tijuana.

I once owned Herb Alpert's Beatles Songs played Tijuana Brass Style album. That was before the rehab, of course...

I canardly wait till that grackling sauropod RH has slept it off and pitches up here to join the fray.

Anno'd, a name I had all but forgotten, but all flowing back now. Remembering all the information he imparted so I'll be able to answer all of Mr Dease's questions with confidence and without having to fall back on "50/50", "ask the audience", "Morse code a friend" or sneeking a peek at back copies of "The School Paper".

Sauropod. Golly, another word to look up. But I know pod means foot -as in podball. And good effort Magpies; Paul Medhurst (Alex Downer The Younger) is a fair dinkum star.
In net stockings he'd do even better.

r.h. Yep that young kiddy Medhurst is a champ in the making ... along with those toddlers, Thomas and Pendlebury ... and you can take that from a long-standing (errr, given their history, more "a sitting with head between knees") Collingwood tragic wot can trace his black and white masochism way back to the 1958 Grand Final.

Considering my commentors, 'comunicating with Wildlife' is spot on.

That revolving sound is my North Melbourne supporting father spinning in his grave. He'd have taken an axe to the tellie this afternoon. At least the 'Pies got beaten.

'is lordship has reminded me, but how did he get from the Cretaceous to Tijunana?

!!Going Places!! Was big (and loud) in chez familie.

Caroline, it's footy fever, his mind will be back next week.
I was never a Herb fan, more Sergio Mendez which I will now have to listen to to get that rotten Alpert tune out of my head.

When big Noel Teasdale was captain of North I was watching them play Richmond. The ball went out of bounds after some useless handballing, and as it was being thrown in Teasdale came jogging up to rally the troops. "KIck the fucking thing." That's what he yelled, and the entire outer heard it. But that was when footballers drank, smoked, but didn't swear. Not in public.

Your dad would have liked the send-off Glenn Archer was given, and with all his family there. And right at the end a bloke reached over the fence to him as he went down the race and they gripped hands for a long time. Sentimental, yes. I am.

Rh, next week's match is going to be a beauty, I might even watch it myself. I've only been to one football match and that was the day Polly Farmer had his shorts ripped off.

I've seen players lose their shorts and keep running. I'd do the same, even with my old boy flopping, a goal is more important than indecent exposure.

"Alpert and the Tijuana Brass won six Grammy awards.
Fifteen of their albums won gold discs, and
fourteen won platinum discs.
In 1966, his music outsold The Beatles by two to one - over 13 million Alpert recordings were sold.
That same year, the Guinness Book of World Records recognized that Alpert set a new record by placing five albums simultaneously on the Billboard Pop Album Chart, an accomplishment that has never been repeated.
In April of that year, four of those albums were in the Top 10 simultaneously."


... and he probably knows about sauropods too.

actually that chick on the legendary album cover is sitting ON a sauropod, and that white stuff is from grackles ...

over at Blogshares,
there is only one blog titled Copperwitch - and you have 30 linkers:
"This is a list of the most valuable incoming links at the time OTHER blogs are indexed. It is indicative of FUTURE value not CURRENT value.