I love our Synchrotron 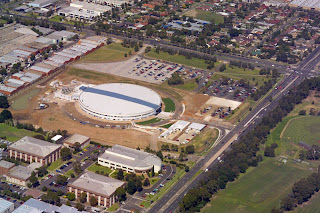 Microtechnology and nanotechnology have the capacity to revolutionise virtually all aspects of manufacturing.

Rice, barley and other cereal grains are important energy sources for many millions of people around the world. Unfortunately, diets that rely too heavily on these relatively poor sources of nutrition are often low in important micronutrients such as iron. In response to increasing global concern about dietary deficiencies, Australian researchers are using synchrotron techniques to investigate various strategies to improve the levels of iron and other important micronutrients in these staple food grains.

CSIRO’s Jose Varghese and University of Melbourne collaborators used x-ray crystallography at the Australian Synchrotron to reveal the structure of a key protein involved in Alzheimer’s disease. The researchers fused the protein to a shark antibody to stop the protein from self-assembling.

"The Australian Synchrotron has huge engagement and investment from life sciences," says Dr Andrew Peele. "Probably half of our beam lines have significant involvement with life scientists, such as through protein crystallography looking at protein structure, but also our small and wide angle X-ray scattering beam lines, which can engage with the structures of proteins and solving the problems of function of the mechanisms inside cells.

One of the challenges for in-vitro fertilisation (IVF) is the failure rate, especially in older women where less than one in four cycles are successful. Monash University’s researchers hope that synchrotron light can improve the success rate. "We’re using the infrared beamline to study how mammalian eggs mature. Our hope is that we will be able to better assess the viability of eggs for use in IVF." The synchrotron gives a much greater capacity for analysis at the subcellular level – looking at the processes occurring within the single egg cell.

It’s one of a range of projects that researchers are involved with, watching living red blood cells affected by malaria, sickle cell disease and other blood disorders, and monitoring how single cells respond to drugs.

Other projects involve visualising cells for cancer diagnosis, organ donation, heart disease, stem cell research and algae research. Much of this work will benefit from access to synchrotron infrared light.

"The beauty of the synchrotron and the infrared beamline is that we can apply it to any cells. We are only limited by our imagination."

All these projects and more are now in danger because of a funding stoush between State and Federal governments. State Innovation Minister Louise Asher has refused to commit to the facility, which is due to run out of funds in June next year. It needs $156 million over five years to continue operating but its operators say it needs $294 million to make it world-class. Ms Asher is blaming the former Labor government of leaving "black holes" in the synchrotron's funding.

Having friends who use the facility, I know how much time and effort is spent in writing for grants to continue their research. The synchrotron isn't free for their use nor for any other scientist who comes to Melbourne to use it. How much money would you invest for a treatment for Alzheimer's?

Put $294 million against what the Grand Prix is going to cost us in the next few years.

A gas guzzling brmm brmm festival for revheads who like to gawk at little cars and scantily clad pit crew bimbos which gives us precisely nothing to benefit Australians unlike this lovely big miracle machine.

Leave the Grand Prix alone. And the bimbos. Or if you don't want them, send them to my place, the bimbos.

Robbert, you couldn't handle the bimbos after years of gentile bingo ladies :)

oh don't get me started on the ridiculousness of all this. It pisses me off that my Aunt who works for the CSIRO has to constantly stress that they're getting enough funding in order for her to keep her job. The work they do is amazing, ground breaking, yet they're treated like they mean nothing. Aaaargh.

Absolutely spot-on Coppy and Fen too.
The government disperses money in all the wrong directions. it is sickening and I hope Louises proteins crystallise.

Fen, it's getting worse at Monash. They have to teach, write grant papers, publish research papers to get the grants, go to conferences and fit in the research as well. And to top it off Louise Asher has a face like a pinched arse, loathe the woman.

Annie O, we will lose our best and brightest and believe me there are no young science students willing to go the Phd route considering the HECS they inherit.

Asher's never gotten over the stoush with Kroger

Science is a two-edged sword at the best of times, but when it's being hijacked by the corporate world, it's time to be afraid...

Gerry, when I first heard about the money, I thought "they're getting ready to sell off as many shares as they can" so time will sell. One of my lovely blokes is Nobel material but he'll walk away from his research if it's going to be money-driven.

The pap test for women now, shows up cells that have already mutated but research with Infra-red beams can show the chemical changes in a single cell before it divides, so hopefully goodbye Ovarian cancer.

I hesitate to say it here what with trolls under every bridge but science and religion are doing enormous harm in America regarding research. It's a 'them agin us' mentality on both sides and it's starting to show up here.
I am hopeful we Australians have more sense.