To be in London now! 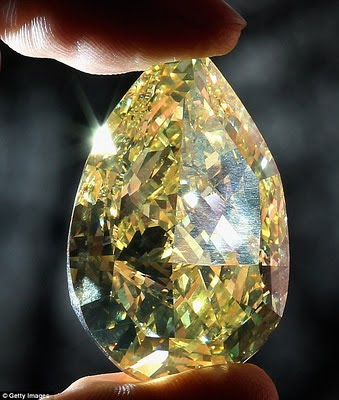 A long visit to the Natural History Museum's Vault and a lot of drooling over this sweet dream.
It's large, just the right size to rest upon my ample breast. It's the Cora Sun-Drop diamond and 110 carats of vivid yellow. The unusual colour stems from the very small percentage of nitrogen within the carbon structure of the stone. Diamonds with such a strong saturated colour represent only a tiny percentage of all natural diamonds so 110 carats of such vivid luxury is priceless.
U.S. diamond manufacturer Cora International has lent the gem to the museum for a limited time in a display which includes the Devonshire Emerald. 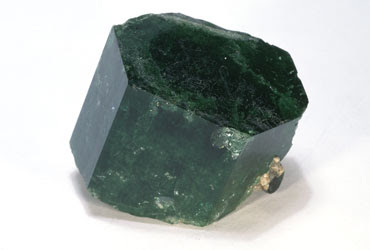 The Vault is a permanent gallery at the Natural History Museum and shows some of the most rare, unique and valuable treasures from around the world.
The Devonshire Emerald has 1,383.93 carats and is one of the biggest and most famous uncut emeralds in the world. It originates from the mines of Muzo in Colombia. Emperor Dom Pedro the First of Brazil gave the emerald to the 6th Duke of Devonshire in 1831. You can see a small piece of the original limestone it grew on, at the base. 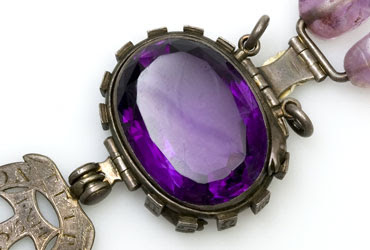 Now this is not to be messed around with. It's known as the purple sapphire, the Heron-Allen amethyst was looted during the Indian mutiny in 1855 and brought to Britain. Everyone who owned the amethyst since that time suffered disaster and misfortune.
According to Edward Heron-Allen, owner of the stone from 1890, it was 'cursed and stained with blood'.
After discovering its sinister history, he gave it to his bank with instructions for it not to be opened until three years after his death. The stone was donated to the museum by Heron-Allen's daughter, with a letter he wrote warning anyone against handling it.

I think I'll stick with the diamond this time around.
Posted by JahTeh at 4:44 pm

Its the emerald I lust after. Though I guess I could find a home for the diamond too.

I don't like the diamond although the colour is pretty. I love the deep green of that emerald and can't help wondering what it would look like as a cut gem and why it hasn't yet been cut.

Bright shiny things!
That big rock in Miss Marple on Sunday night looked very sparkly and I wondered if it was real.
X X AoD

Ample breast indeed. Are you trying to pick up on your blog?

EC, this photo doesn't do justice to the colour under light as it is at the museum.

River, it's probably full of faults which emeralds are and instead of having the biggest uncut emerald they could have ended up with a handful of chips.

Annie O, I didn't post the photo but they have a display of all coloured diamonds, now that was sparkle.

Andrew, you can talk, with your pictures of brass balls.

Small gems, little trinkets
Shine they do.
But what is the moon
Compared to you.

I never knew treacle could talk.

Jayne, aren't you cursed enough.
"This stone is trebly accursed and is stained with the blood, and the dishonour of everyone who has ever owned it." Heron then sealed it in
inside 7 boxes and left a letter,"Whoever shall then open it, shall first read out this warning, and then do as he pleases with the jewell. My advice to him or her is to cast it into the sea."
Jayne, if only you had such a weapon when you had those revolting relatives.