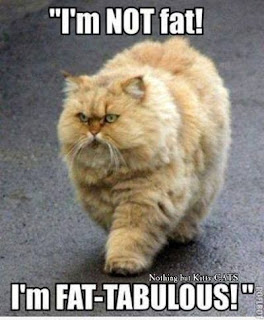 I can heartily recommend Sara Lee's Chocolate Ganache cheese cake for a birthday unless you're surrounded by friends who also like it.  Divine but I don't know about the salted Caramel one, it could be a bit rich.  Mother enjoyed it, thought it was her birthday.

The wedding magazines are in the bin, the carport and the lounge but I have a bookcase.  Now I just have to turn it that 180 degrees and fill it boxes of jewellery making stuff.  And open the door to the wardrobe and find out what's hiding in there that I couldn't get to before.

It has taken me five days to drag the recycle bin to the nature strip and it's only a third full of magazines.  I'll kill anyone I find bin dumping because I'm still not sure the truck will be able to lift it.  I couldn't even wheel it, I had to drag it bit by bit but the truck is stronger than I am.  I figure if it takes this load, I could get away with half full or more.  The trick is to leave it near the front gate and load it there.  And one bit of luck, I did it in the 5 minutes of sunshine we had today, cancelling that luck was getting to the Home in pouring rain.

Computer went on strike again.  This time I didn't get a patient person, they put me through to Microsoft where I did the merry-go-round with pressing numbers until they hung up on me.  So I rang the the daily service and bounced the technical difficulties.  This poor girl tried everything but because I couldn't even bring up the broadband connect/tool/ text thing,(dashboard, I knew it would come to me) she couldn't get remote control.  So we wandered through various parts of this and that which I'd never seen before, poking buttons, deleting, putting back until we finally got the dashboard on the screen.  She didn't know what she did, neither did I but we cheered and then took a leap of faith and turned it off and turned it on, thanks to the computer spirit who finally took pity on us.  I am supposed to send an sms to say how helpful Maria was but I don't know how to do that.

On the other hand I have made my first mobile phone call.  And I have put in 5 numbers to call.  And I changed my ringtone.  Actually the ringtones were so sweet that I wasted half an hour just playing with them.  I also had another Microsoft scam call on the landline and to top it off and bank scam call.  I've also taken notice of River's warning about mail scams.  I was waiting for the letter with my Census number but they sent me the whole form and a pre-paid envelope to send back.  Now I just have to decide whether this time, I'm Jedi, Druid or Pureblood.

And for the few who believe in such things, I had a birthday gift from my dead son.  Two beautiful mounds of violets flowering under the apple tree.  I've never seen them before, never planted them and they have never flowered there in all the years the tree has grown.  Violets were our symbol and he loved the wild bush violets but I could never get them to grow.  Twenty-one years he's been gone and it only seems like yesterday.   Ex daughter in law also says she gets visions of him whenever she sees a blue wren, her prophetic gifts obviously aren't in tune with the 80 tonne blue wren I'm trying to conjure up to hit her right in the arse.  That brightened me up, I think I'll go have pudding.

You did my head in, imagining you dragging your computer recycling bin to the nature strip. One of the benefits of living alone is being able to play with phone ring tones at home. Such play is not tolerated by me in The Highrise. Don't get me started on the census. Ok, you have. Mother is confused, and so am I. Won't someone knock at the door with the form to fill in?

Be very, very careful with that recycling bin. I have a scar on my lip from a faceplant I did into the road.
Sigh on the computer front. And the scam front.
Hooray for violets. Love the idea of a malevolent blue wren too.

Dear big thing, no one would bother sending you a message - text or otherwise - if you weren't capable of receiving it. Your son has been alive in your thoughts for twenty-one years. Violets appearing don't surprise me at all.

Andrew, my ringtones are lovely, like fairy bells playing. I can imagine you having bagpipe ringtones.
As for the Census, 9 days for AustraliaPost to get mail out to all of us is laughable. My sister just had the letter for ringing up for the secret squirrel numbers and got straight through and now will do it online. I was expecting the same and was going to ask for the papers to be sent. Your mother, I have no idea, she might have the letter and have to ring for the papers to be sent. There was just not enough time after an election.

EC, already have done that but fortunately on top of the bin so made it easy to get up. Twisted my arm though so swearing a lot and I'm sure I'll be known as crazy foul mouthed cat lady as I get older.

River, no texting because I turned off the internet part, all I wanted was a phone and pretty ringtones.
Already one disaster, carer at home gave mother my mobile number, fortunately she'll forget it in a day or two.

Robbert, they did surprise me, I've had no signs for such a long time. Still no word from granddaughter that she is expecting though and that is a disappointment.

At her age and unwed Would you have been happy to tell your grandmother you were pregnant?

Robbert, these days grandmothers would faint if the grandchildren said they were getting married first.

Davoh, I won't be called up those stairs, believe me.

You're wrong. Basics never change. Progressives, as they're called, keep telling us this is 2016, but these folk really are the discards of history.

Robbert, I'm a progressive, I've just made a call on my new phone, I need a medal. The discards of history are called politicians.

Fenstar, I was so thrilled to see them growing, me, who can kill cactus within 24 hours.

Davoh, the nerve of the mongrels to post that profit when they didn't hand down the full rate decrease from the RBA. I would think after 12 years you might be forgotten and don't Bible bash in front of Robbert, you know how he hates it.