I think I see a small light in the distance 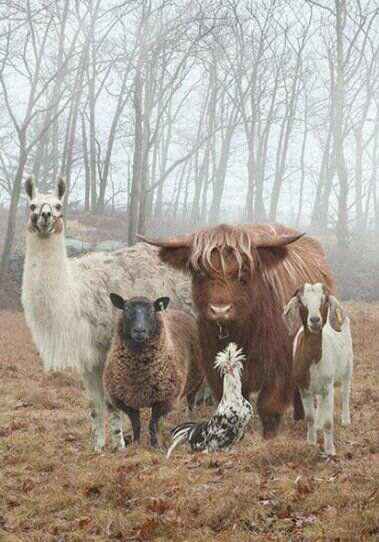 Bright looking lot weren't we.  I've been going through dvds looking for photos of the family grave and came across this which I'm sure I used on a post about the last GrogBlog.  Since most of us in the early blogging days used a fake face and name, taking photos was very naughty and plus none of use had mobile phones that sneakily took photos, it was hard to get away with it.  I do remember Annie O'Dyne publishing one photo shot in a darkened pub of a publicity shy blogger who then gave her such vicious comments we were all shocked. I mean from what I can remember the place was so dark he could have been a cabbage on a stick.  GrogBlogs were fun if you could find the latest hole in the wall, alley,
side street, where we gathered and the usual instructions were to follow the raucous laughter.  Then the Appocalypse arrived in the form of FarceBook and the laughter moved on.  This photo made me laugh and then I found a folder full of LOLcats and laughed more. 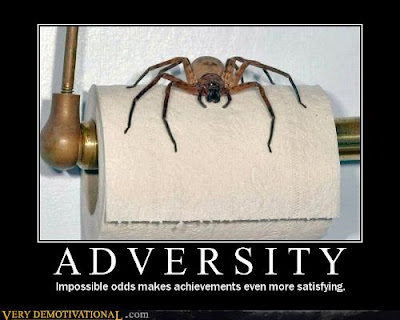 I had to put this up since I had a run in with one who was quite comfy in the towell I was about to put in the washing machine.  Yes, it has been some time since I bothered about washing but I ran out of nighties. I have worn nighties since the first fall when I was without a stitch of clothing and had to drag myself to the lingerie drawer and all I could grab was some old rag with one sleeve missing.  I loved LOLcats but now it's all ads and clickbaits or youtubes.

I will be off to the Home (shudder) tomorrow to pick up my mother's Medicare and Pension cards and any other official papers that I think should have been sent to me after she died.  I have to do this before Thursday when another payment goes into her bank account.  I will be telling Centrelink just whose fault it is, you Mercy Health not for profit bull shitters. I will say Happy Birthday to the last one left of the ten year mob but if she start bawling, I'll be off. I know my brain has been running in 'stupid' mode but I really did think that if a resident died in a nursing home, they should have let Centrelink know.  I checked the list and one I missed was the Electoral Comm.  Mum was really wild when she was not asked if she wanted to vote in the last state election, Mercy Health make the decision for her, wrong move as her brain was still running at that stage and she gave them what for.  I think I also have to notify the tax office because she does have a tax number and getting that was a nightmare.
Posted by JahTeh at 2:10 pm

Sadly I think that many nursing homes belong to the not a lot of care and no responsibility category. A few are excellent, but that is NOT the norm.
Good luck tomorrow - and in your negotiations with Centrelink.

Yes, you do have to notify the tax office. I think it's shameful the nursing home doesn't contact Centrelink. I truly hope I never end up in one. I have the option of home care here where I am and I'll be using it when I need it for as long as I need it. Any child of mine who suggests a nursing home will not be receiving their 25 cents inheritance (*~*)

I still have a couple of photos of early blog meets that you attended and you are in one. Annie is another when I think there was a Parliamentary House lunch. There is one of three of us at So Cross Station taken by Lord Sedgwick, the first time I met you three. Terrifying!

Mercy Health, not for profit like so many others, but what magnificent empire builders they all are. Regis, MECWA....the list is long.

I remember a LOL Political Cats that appeared in the run to a Federal election, when Howard was PM. It was very funny.

That is quite an ironic name mercy? health? They seem neither merciful nor healthy. I am sure they have a responsibility to assist you with a lot of the paperwork involved. I think the animals and spider pics are great.

Please dear Dog don't force our Coppy on another trip to that place. Too hot for a start.

oh the good old days of blogging, lurching out of a laneway to the last Ballarat train totally .05
I had to slide off a bench and under the table to get out of that trendy bar.
That touchy blogger from our Exford Hotel rave is all over farcebook with his real name now. I don't understand people. The one who went crazy over being published as part of our Bendigo Art Gallery fashion picnic actually sent me a Linked In connect today. deleted. Do you remember the blogger who drove from Adelaide for it? FeminOZ
I'm so glad I met you Cameraface and apologise for terrifying.
I loved LOL cats but have not been back since it went variety. Lotsa cute critters at Twitter though. Keep cool darling

El Chi, Centrelink was a delight, polite and put me on a priority list so I only had to wait a few minutes then no rush for forms. It was exchange stories of nursing homes and hers was much worse than mine, father died in hospital from a Home but because they didn't get back to collect his things straight away, they charged them $10,000 and they had to go to the Supreme Court to challenge that. With all the chitchat I forgot to ask for a receipt for the form but it still has to go and make sure I've received all the money due.

I am THRILLED to hear that you met someone who was human. And that you were considered a priority.

River, go back far enough and I'm sure I blogged about Mother ringing the Tax Office. She was still a bit dolally but had to ask and answer questions so I wrote out a script for her to follow, dialled the number and she sailed through it like a star, should have received an Oscar. I think the tax was linked to the house sale and pension at the time. Take a tip from me, update all rules and regulations every 5 years.

Andrew, that would have been Kuldelka who really wiped the floor with Howard and will you ever forget the wonderful photo memes about Bronwyn Bishop and the helicopter.
It wasn't us that terrified you at SC station. It was the roaring wind ripping the plastic covering off the roof. Thanks for reminding me how terrifying it is to stand at the top of those steps at Parliament House, I know I moved across to the side and hung to the wall all the way down.

CG, if you look up Mercy Health, you'll find they own little nursing homes all over the state, and not for profit, they just don't pay the carers and if they can get away with not having a properly trained RN, they will.
I thought it would be bad walking in yesterday because they had someone in the bed already but there was no memories of mum at all and that lady is going to regret hanging a fairly large painting over the bed. The resident on the other side of the wall has a habit of banging her bed on it and one day that painting will go clunk.
The only tears were from a little newbie carer that mum took under her wing, she saw me and forgot for a moment that mum had gone.

Annie O, I plan carefully and go around in a circle and end up at home. Yesterday it was the Home, Mentone, Centrelink,Cheltenham, make hair cut appointment,just up from Centrelink, cross the road for taxi collecting divine lemon meringue tart on the way. Organization and me with a brain running on stupid.
Do let me tell you where the medicare and pension cards were, 3 doors up from mum's room in the nurse's station and I could have picked them up on the day I was packing her clothes except that no-one knew they had to inform Centrelink of a death.
I should have drawn a moustache on every Nun's face in the giant mural they put up like I told mum I would. That mural would have paid for another carer.

That was only my second outing and we were both full of tranquilizers but I didn't drop my wine glass in the flower arrangement.

Bravo darling, these things are sent to try us.
In a home full of unwell elderly, "nobody knew they had to inform Clink?" FFS
If those nuns had been painted accurately, mustaches would have already been on them.
I hope you and the iBear came through that mongrel of a day yesterday. x x

Dear JahTeh, here in the sub-freezing Midwest I'm parked on a sunny sofa, in the process of "down-sizing" in preparation for a move to smaller quarters. It's a matter of opening a box of papers, rifling through them, and shoving them into a cheerful blaze in the fireplace. Here's where we connect: I'm currently coping with mobility issues and have found the shifting of the boxes from the depths to the sofa to be a challenge. Enter a young and able coworker who needs cash. He shifts things, disassembles things, and best of all -- crawls under furniture to plug and unplug things. ("What's that?" said I. "Something you don't need, you left plugged in," said he.) Hired help is better than family assistance, I think, because they have no personal involvement in the situation. They do what's asked, collect the cash, and leave one in peace to contemplate aging with a glass of something well aged.

Annie O, according to the nephew I was sound asleep on my bed with the fan going when he called in to check me. The bear was on the lounge with his fan blowing across his fur which meant a constant fall of white fluff over everything. Amazing how long one can survive on cold chicken and lettuce sandwiches and lemonade icy poles.
I can't believe how nice the girls were at Centrelink but it will still take 3 or 4 weeks to find out if that last payment stays in the bank.


Beth, that horrible word, "down-sizing. I'm still going through mum's things but now I'm up to the throwing in a box for the op-shop including my things. I'm very severe and I'm throwing out books which to me is like drawing blood. Another box for glass objects and ornaments, like that Japanese Guru says, get rid of it if it doesn't make you happy. I don't have spring cleaning I have autumn chuck out.