I can't talk about it.  I didn't drink my booze or open my chocolates, my mouth wouldn't close. 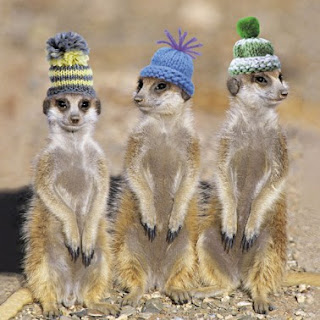 Honestly these three would have made a better party for Parliament than the morons other people elected.  Waiting now for Clive to once again demand that Queensland secede from Australia.
Since every poll got it all wrong I  will put it out that Abbott will find someway to stand as an Independant just to prove he is the arse he's always tried to hide.

When things quieten down I'll be writing to  Labor Party to think about having a list of people who will be voting by post for all elections.  I was too sick to go out and post my letter so it was up to the school in nice sunshine. World of Warcraft waging in left arm with the flu vac and by the reaction, my T cells were winning.
Boo to bitch, who, when I was leaving looked at me but spoke to bloke coming in back door to make sure he left by front door.  Front door has a step of 10 or 12 cms, very difficult with dodgy knees, dizzies and a walker.  Just for that I refused to buy their cakes.  Staggered to shop for their divine coffee and sat until I could walk to rest of the way home.

Every time one of those urks got another vote I turned to SBS and watched Queen sing.  Could not bear to see Victor and Vanquished speeches and almost went to bed then but I was comfortable.  And on comes The Drum with a brilliant run down of what had happened followed by a re-run of the first episode of the new series of Harrow then it was bed. Unfortunately I had been interrupted in taking off the bottom sheet and putting new winter one on. Damn, slept on the wool overlay but woke up with pain somewhere and couldn't wake up enough to find out where it was until I swung legs out of bed. Spine, down the leg to zinging foot so Voltaren on, wait a few minutes, pain gone. Still haven't put the sheet on yet.

Too much sitting with magazines but I have only 8 or so to throw out.
Anybody remember Silkymits?  If you do you're officially old but they were handy in between shaving legs to keep the hair down.  I failed leg shave, always nearly bled to death when using that damn razor.  Good thing I wasn't a bloke, cut throats would have been the death of me.
Other things, not much advertising for perfume except Tweed but loads for ladies' cigarettes.

Put the news on now and keep my eyes shut. Watch out for freedom of religion brought up in Parliament. Me, I'm dying my white cat black and back to dancing in the moonlight.

I do remember Silkymitts. I got lucky a few years back. I had a dose of chemo (for the MS). I lost all the hair on my legs and it never grew back.
I am really, really glad that Clive spent a motza and didn't win a seat. And that Mr Rabbit lost. For the rest of it I am in shock.
I do hope they can only form a minority government and have to negotiate at every step of the way.

I remember silkymits and prefer the shaver, it's much faster and I never cut myself more than a tiny nick usually right behind the knee where I don't see it until the blood drips on the floor.
I did my voting very early to beat the crowds, but didn't read any of the news about it in the paper today, nor did I watch the news last night. One of my wackier neighbours met me coming home as he was on his way up.
Him: "Did you vote?"
Me: "yes"
Him: all enthusiastic with arms spread skyward, "did you vote for the candidate whose star of integrity shines far higher and brighter than all the others?"
Me: "there isn't one, they're all the same, screwed up dickheads."
Then I walked away before he could say more.

I remember silkymitts I used them when I was young, must see if they are still available. I am feeling gutted today and just saw Trump sent congrats to Scummo. It's amazing what Palmer's money bought and he will probably call in the debt from the liberals for favours, influence etc. Aargh !!

Nice work girlfriend. I have no knowledge of these Silkymitts. Do they work on chests or under the arms? There has to be an easier way.

Andrew, dearest, you have just given me the first smile since Saturday. I would gladly come over and show you how they work, bwahahahaha, think sand paper only very very fine. Have any other places you'd like de-furred?


Cheryl, totally gutted. I cannot believe that Australians could be so stupid but mention "taking from" instead of "giving to" and it was all over red rover. Scummo never put forward any decent propositions and Bill frightened them with too many, all good. Just checked and it looks like the bastard party will have a majority. The only joy we might have is Barmy demanding his leadership of the Nationals back and having a tantrum when he doesn't get it.


River how could you do that? Now we'll never know who is the star of integrity who shines far higher and brighter. I'll lose sleep over this. I'm so glad that Pauline is going to be out of debt again unless Ashby has shipped it all to a secret bank account in the Caymens and she has to open up a chip cart at the Parliament door.


El Chi, no minority, bugger. I still think the mad monk will do something to ruin Scummo, I hope for it. Queensland did it for the money and they'll never see it.
R.J.H. saw it coming and left before his heart broke.

Forgive me, dear JahTeh, and all other learned ladies and gentlemen who frequent this blogspace: One realizes that this particular mess is yours and you must cope, BUT for the sake of comparison, do look at what we've got going on here in the States.

As one of my medical team -- the man who advised me to think of my hypertension and avoid involvement in politics -- remarked, "In 2020 we will choose between one who cannot read and one who cannot count, but I do not think fleeing to Australia is the answer."

oh Beth Waltz your health is in good hands. I love that he kNows Australia is now a clone of all that is happening in the US. all our pollies are crooked IMO and our leader is a Pentecostal who does not agree with welfare for people with no jobs.

Annie, how long have I been saying that this is a secular country so if you get elected to govern all citizens, you leave your stinking religion at the door of the chamber. I'm waiting for the day that one of them slips up and reveals that he/she is a secret Scientologist.