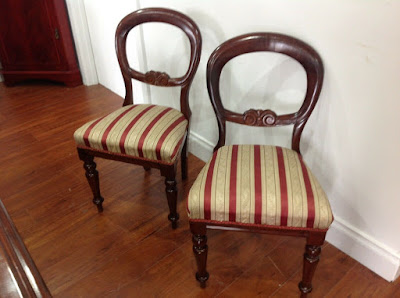 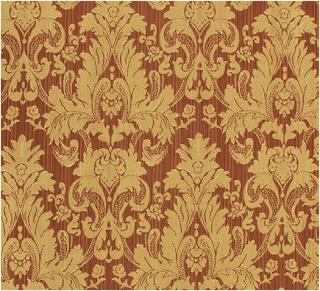 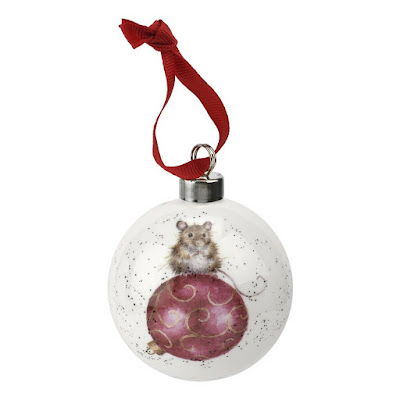 It's a little early for Christmas but I didn't want to miss this Christmas Mouse.  Put cleaning out the Christmas box of ornaments on my "To Do" list.
2.30 and the afternoon freeze is approaching, too late to go walking.  Every morning the same, open front door, take a deep breath and start coughing, bloody cold air.
Posted by JahTeh at 2:40 pm

The chairs and the material are lovely.
The awards? I think that the people who habitually receive them devalue the awards. And I don't think that politicians should EVER get them. Whatever flavour politician, unless it is for a contribution unrelated to their paid employment.

El Chi, a friend rang and said the most revolting politicians got awards, guess who. Well condsidering the entire Lib party is revolting, I never even gave those two a thought. Bronwyn for services to the Hair Spray Industry and Abbott for Speedos (board shorts went through the roof). The firefighters who tried to meet with Morrison and the scientists who tried to tell Morrison, medals to all of them.

I love the chairs, but which is the new fabric? The stripes or the other one? I prefer the other one myself. I didn't pay any attention to the awards pages, skipped straight to the comics and puzzles.
I'm not opening any of my Christmas boxes until I no longer have a cat, so probably twenty years from now.
Do we get to see the new/old squishy comfortable couch?

Like River, I want to see the new/old squishy comfortable couch. It sounds like a relic that lived beneath a sunny window in a friend's historic (huge, drafty & chronically dusty) kitchen. It had a solid frame, built along the lines of an outsized Chesterfield, and deep under layers of quilts, tatty gold brocade upholstery. It easily accommodated two exhausted gardeners, lying feet to feet; or a mother and 4 kids gathered for bedtime snacks & books. Unfortunately, during a time when the household was without competent mousers it became infested with rodents who defiled it beyond cleaning. I still remember its creaks fondly.
Keep the Fat White Cat on the job, and keep the new/old squishy comfortable couch!

River, it's the other one which I had for the piano stool but two chairs together in a smallish space needed a quieter colour. Picture those chairs side by side and the Bear fits exactly across, another reason for a no white or cream in any fabric.

Beth, you've described the couch exactly, mine is from America, an Ethan Allan piece. Huge rolled arms but too close to the floor for me to get out of. I might have to resort to four bricks under the feet and it has a flounce so won't be noticed then buy two high density foam cushions, covered in calico which will go under the gold and cream upholstery. I really should put railway wheels on it since it's so well built that I can't move it.

They are the chairs? Very nice. Are they called Bentwood? A good choice of fabric too.

Don't forget the 88 year old checkout chick Brenda and her award. To be fair to Abbott, not that he is a fair person or I feel like being fair, he has at least been a volunteer worker. Chopper Bishop had to spend far too much time on her hair, makeup and grooming to volunteer for anything more than replying to invitations.

Andrew, Bentwood, never. Balloon back dining chairs with hand carved roses.
I saw your post about Brenda, she's the kind of person who should get a gong. Heard from my sister that when Dutton retired from Police force, coppers he worked with left cans of dog food on his desk, he was so well thought of. I only give you that rumour because I thought of the mad monk getting a load of budgie smugglers.