I do love to be beside the seaside. 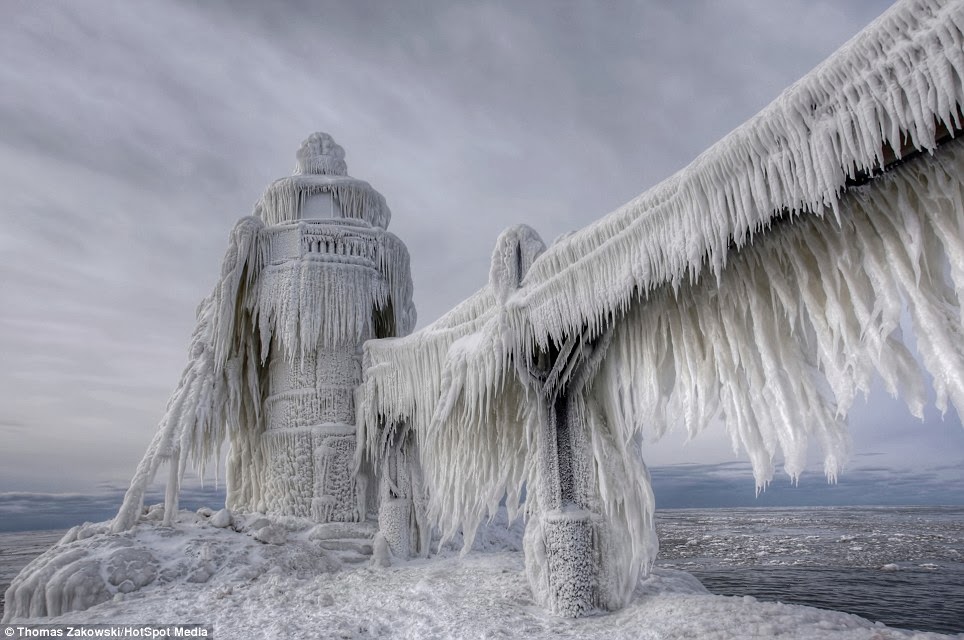 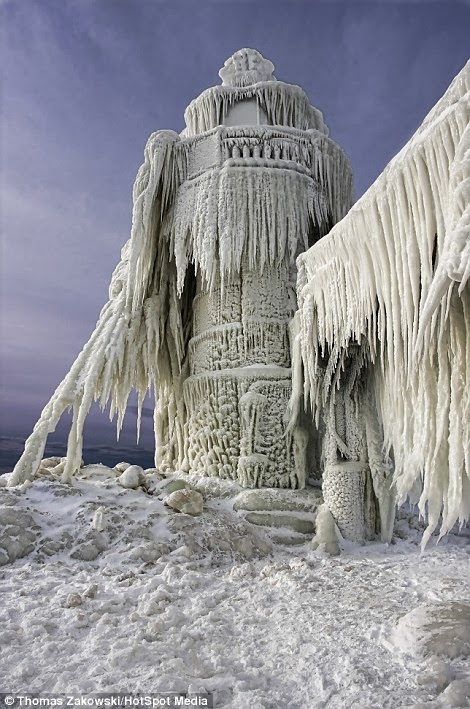 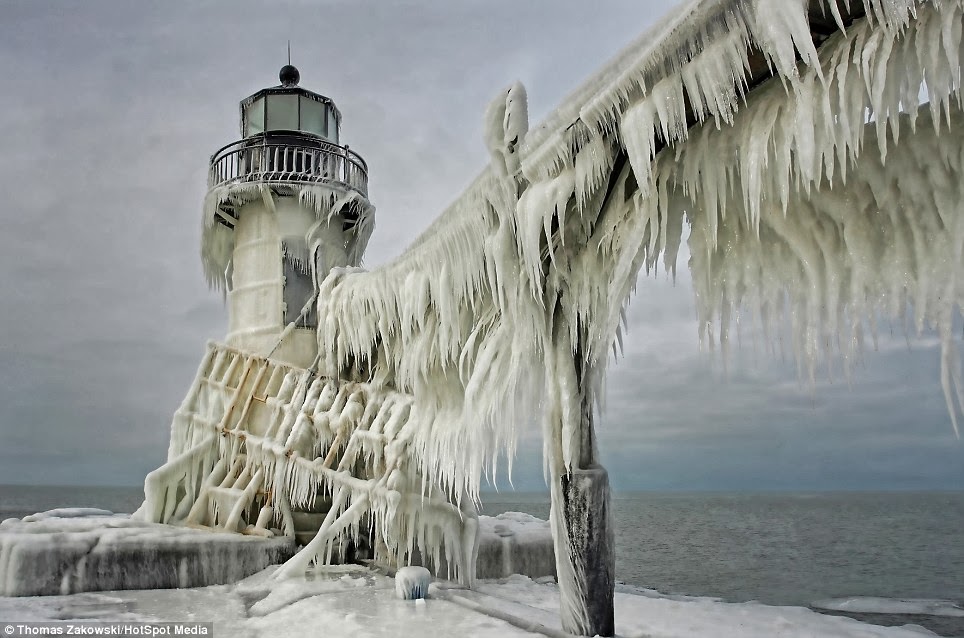 These photographs were taken by Thomas Zakowski who makes the trip to St. Joseph and South Haven in Michigan every year after a big storm to capture the frozen lighthouses. They can remain frozen for over a month depending on the weather. Mr. Zakowski took these photos this week after the storm froze the waves as they crashed down against the piers.

beautiful photos but what happens to birds and fish and bunnies n stuff.
I am worried about the seashore at Fleetwood and hope Hughes and his cats are warm and dry.

Ann ODyne is right. Again.
The photos are incredible, and the beauty very real. But the weather is so very hard on the other inhabitants of our world - and on the poor.

Pretty but very a raw and brutal landscape that makes me thank my stars I'm not out in that.
Heard that they'd opened a lot of hotels and stores as emergency accom for the homeless...pity they can't do that more often.
Hawaii is paying the homeless to leave grrrrr.

I've seen the news reports about the cold snap in America, I worry for my internet friends over there. Those iced images are gorgeous, but I can't begin to imagine that kind of cold.
I'm glad I live in Australia, even our extreme heat can't be as bad as that cold.

Definitely be turning on the second radiator bar.

Annie O, I'm afraid that if they don't burrow down enough or fly south they're gone but the fish in Lake Michigan are used to cold. The DM had a photo of a landmark in Cornwall of a hole in a coastal rock which the wind and sea just ate into a big nothing. Hughes would just pile another cat on the bed.

EC, so many homeless will be found when the ice melts but one city was giving out rail passes so they could ride all day in the warm subway trains.

Jayne, paying them to leave beautiful Hawaii, sounds like they've been listening to our government.

River, It's the wind chill factor that really ramps up the cold. Whenever I read in a book about the chill wind blowing through someone, I can feel it.

Andrew, can you imagine how cold the Highrise would be since the higher up, the colder the air and more freezing the wind.

So beautiful! I've never seen anything like that; I'm not sure I want to in person, but the photographs are breathtaking!

Cassandra, I know I wouldn't want to unless it was a slide show in Hawaii.
Snow has no appeal for me at all. This man does it every year after a bad snowstorm, crazy.

Cold as ICE! Extremes are always beautiful but never comfortable

MiddleChild, at least in Melbourne we can have 4 seasons in one day which I'm sure you've already experienced.