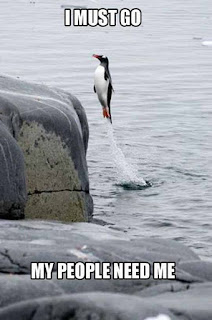 The post mortems are starting to be held in public. I have seen quite a lot of people agitating for the return of Mr Rabbit. I firmly believe that if he had still been PM we would have had a conclusive result on Saturday night. Those wanting his return don't agree.

I'm ignoring all media talk of the election until all the results are in and a decision is final. So I'll read all about it in Saturday's paper.

The Greens are middle income Labor supporters who see themselves as superior to common working folk. They're keeping Labor out of office by upsetting their traditional seats just as the DLP did years ago.

Abbott would have lost.

EC, Abbott's been very quiet, probably shocked at how much his vote dropped. And without Credlin he wouldn't know which sock to put on which foot. And she is swearing revenge on all who shredded her Lycra clad moron.

River, wise decision but you're missing all the fun. The more they open their mouths and play the blame game, the more they insult the voters and we aren't all stupid. Now Abbetz is going on about "Get Up" but they used money sent to them by Australian voters, not big business to get the message out about the environment or issues relevant to each electorate. The whining from the Libs is just so pathetic.

Robbert, The Greens lost me when they became uppity but they still have more honesty than the major parties. Abbott would have lost so badly they'd still be digging him up from where he was trampled. As for Malcolm, he'll always be known for being the mad scientist who put the spark of hate back into the world by resurrecting Pauline Hanson. From what I read this morning Hinch is going to fight her tooth and nail.

He'll serve up a good show alright, a sideshow, a tent show, Barnum and Bailey banging the big drum. As a non-intellectual Hanson is an easy target. And a popular target with arty types whose creativity ain't worth sixpence. And yet nothing Hanson says is created for effect, she really believes it. Meanwhile she knows what's coming, and be she right or wrong, she's a brave woman.

Robbert, that's the problem, she really believes what she says and there's the danger.
As for my ex daughter in law, she has now gone beyond the pale by championing that idiot Trump and taken up bee keeping. There's no connection but I believe there could be a collection of suicidal bees before long.

For a long time I've been interested in beekeeping, but getting stung puts me off it. Trump's popularity is astonishing.
I'm lately thinking that prime ministers and presidents are only cardboard fronts for powerful men we never see or know about who really control everything. I half believe this knowledge could get me knocked. If it's not true I must be nuts. I've been dancing with paranoia since my hospital experience of two years ago. If paranoia is what it is. The doctors want me back in hospital again for a surgical procedure. I'm suspicious. If I don't survive it I'll be proven right.

I've just heard that the NSW govt have banned greyhound racing. This is the best govt decision I've heard in a long time. I hope the ban becomes nation-wide. People involved in greyhound racing are the lowest form of human life.

Crucial point - nobody had to survive a bullet to Vote.

(OOps, back into hibernation).

I had a conversation with a workmate on the Tuesday. We had a lot of independents and a few of them were openly racist. The Labor candidate was an Indian dude (which given the cultural makeup in this area was surprising, we don't have a lot of Indians here - more people from European countries and a lot of Germans) anyway I was complaining about how HARD it was to fill out the green ballot paper cause I didn't want to give a number to most of the candidates and she said she voted for the labor guy but would have voted for PAULINE HANSON if she had the chance.

She also thinks halal food means the food is poisoned. OMG. Maybe there should be a pre vote screening...

RH, Jahte .. i really do retain some sort of peculiar humour. Can't (or won't) join the twats on twitter. "facebook' may well suck more information out of me than self prefers to provide the "internatiCon market forces" ...

So ... however, RH, the demise of bees is becoming an InterNational problem.

The international death of of bees ((Apis mellifera)is a sort of problem that anyone who buys fruit and vegetables from 'supermarket' has no concept of.

(Hey JT, how do you set up that 'comment verification thingo' took me a while to figure out what it meant by a 'house' )

Hello darlings, yes well the world is in such a mess I've decided to clean my joint up. Meanwhile it pleases my dogs to shit in the hall and piss on the furniture. Visitors fully understand how I'm appalled by all this, and that's enough. I'm exonerated. Okay? I voted for Pauline Hanson and wanted to vote for Clyde as well. If I lived in America I'd vote for Donald Trump. And Donald Duck too. It's my choice, my business, get fucked. The people who didn't have to survive a bullet are the rich capitalists who sent country boys to be slaughtered in 1914-18. I'm talking about this country, a dumb Ass. heh.

Davo. heh. Where you livin' now?

The professors at Footscray hospital put a wire through my artery and decided they can't fix me cause I ain't broke. How's that. I had a piece of fish in their cafeteria and it was horrible. Like a lump of wood. Where do they get off serving up muck like that, or is the hospital itself just a sideline?

Robbert, dear, how nice to know you have a heart still. Never eat hospital food, they don't call it Soylent Green for nothing. I see dear Pauline now wants protection because of her views, well I don't like her, can I have protection from her.

Davo, you're not the only one having trouble with the picture verifications, the only ones I get right are about food. Queen bitch of the Universe would kill a colony of bees just by looking at them. Nice to see you're still on the planet. And if you remember the 60s you weren't there.