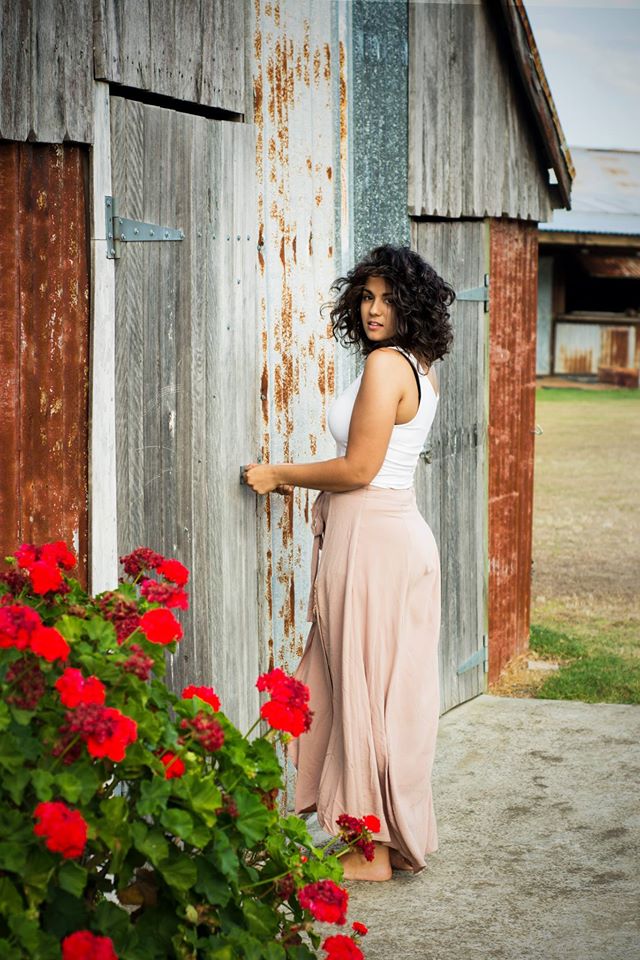 My youngest Granddaughter
just announced her
Engagement.
Posted by JahTeh at 4:27 pm No comments: 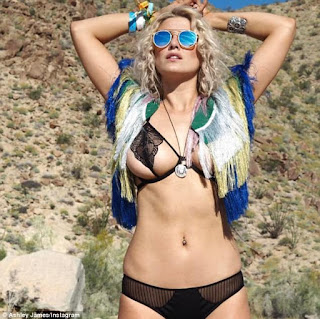 This is Ashley James and she's wearing a  Bluebella emerson bra.  At least she's not wearing a Bluebella emerson thong, painful.  Coming from someone who should register her boobs as lethal weapons, I really shouldn't throw tits at tits but these look so uncomfortable I just had to speak up.
I know feminists are supposed to support women in anything they choose to do and wear and if Ashley wants to tie herself in triangles, good for her.   All I can see is me tying myself in knots trying to figure out what string goes where and what part will it support.

This is when I thought of men wearing this, they'd only have to wear half of the Bluebella emerson but wait for a moment and it will blow your mind, yes, you've got it. Their anatomy means two bits will fall out and one bit will be strangled. A fitting revenge for the comfort of their boxer boy legs they didn't think we should wear.

Is that a little garbled?  Well I haven't had any coffee and I'm going to see mother and I can't find any knickers which is why Ashley got right up my nose.  I am wearing underwire bras but one wire has gone missing so slightly lopsided until I yoiked up the strap and I am now even.  I need coffee.

Will migrants be grilled on the tradition of BBQ sausage on bread?

Dear Prime Minister and that other moron that seems to be attached to your side these days,

How many languages do you speak?
At least little Nigel Molesworthless spoke Mandarin.

Do you really think that Pauline Hanson would pass this test?  Perhaps another section should be added, 'foot in mouth' English. I suppose she can still speak 'Chippie' although her current BimBot wouldn't allow such vulgarity.

Shorten would pass, he speaks English and Butch Union. Umm, possibly knows the Qld code of beer can clicking but only the Secret Union Stuff.

Abbott speaks and lies in fluent English. There, another section  'Can you tell a lie like or believe one from a backbencher?'

Should cheating and running around the rules using 'Lawyer speak' be a separate section since so many Parlimentarians are so fluent in it?

And you wouldn't put Barnaby in charge of the language of the Bard, although I have heard he speaks 4 languages, English, Sheep Shit, Cow Crap and Utter Rubbish.

Ignore anyone in Parliament who comes from Queensland, not good with English but do seem to be fluent in Coal seam and mumbling with a secret code of beer can clicking.

Now dear Mr Trumpbull, er, Crumbull, damn let's just go with Malcolm, as warm and cuddly  as a dying Barrier Reef, I don't think you've given the new Migrant test for being a "Beer swilling, fly wrangling, thong wearing, sheila respecting, bloody good Aussie Bloke" a really good think.
Won't somebody think of the children?  Our children who only speak Strine who'll be out there competing with migrants who must speak at least two languages, sometimes three if it's a dialect of the other two.

Parliamentarians should show an example, start at the top of the dung heap and it will trickle down to the peasantry.  Learn another language, speak it, read it, swear in it, cheat in it but show some guts and do what you're asking a 95 year old person, sometimes illiterate, probably traumatized from years of drone bombing whose only dream is peace and quiet and food.
So get orf ya bumcrack, take that beady eyed boofhead and have another go at alienating the world.

I, myself, have already set a fine example of speaking proper good English and a ripper dialect of Foul.

Yours in Mateship, Coppy
(see that, half way through a Phd in nickname) 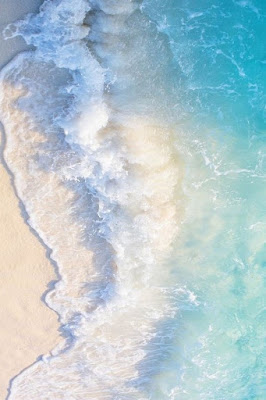 I have this set as background on my computer and sometimes when I'm trying to think if I did anything that was interesting in the past week, I'll just sit and look at it.  I don't like being dragged out of my dreaming by idiots trying to scam electricity and phone plans on me.  I don't care if it's the only job they could find to feed their 4 wives and 16 kids, I will yell and rupture their eardrums on a bad day but on a good day, I will use a voice straight out of the Actor's Workshop.  From my "Punk" Clint Eastwood to my poisonously sweet Miss Marple, they hang up very quickly.

Saw mother yesterday, wanted to hit mother with a brick yesterday but got revenge by taking her cake home and eating it myself.  Every time Doc Marvin goes away on holiday, she begins the long dying and everyone is supposed to tend to her and no-one else.  From the look on the face of her favourite carer yesterday, she did yell at her no matter how many times she denied it.  She doesn't have the strength to have a really good cough and get the garbage out of her lungs but one small tablet last night did the job.  She feels so much better today so there must be some way I can get the Doc out of the country for a month's holiday.  And she'll have the flu vac next week and I'll have to remind her for the seventh year in a row that the headache is only a side affect not a brain tumour.

5.07 and the cat is right behind me, eyes boring into my brain.  He knows he's in trouble. He brought a friend in to play with, got bored and let the cockroach disappear under the stove.  I have no guilt about spraying under there with roach spray and if it gets the mouse so much the better.  Perhaps I had better feed him first in case he smells it and hacks up on the carpet.  Why are cats never polite enough to go out the open door when it's a paw away from the chucking spot?

Posted by JahTeh at 5:16 pm No comments:

I can't believe how long it's been since I blogged.  Something is wrong, the days seem to be long but the weeks are short.

1. I sat for two days waiting for the nbn to attach the in and out boxes. Nothing. Several messages on the mobile but I had specifically told them not to ring on the mobile but use the land line. These days I do not run to answer a phone.  And I couldn't answer the sms because the mobile is not connected to the internet.  The truck was in the street, would it have killed them to knock at the door after 4 unanswered calls when I was given a time to be home?  I now won't be connected until May, suits me.
Next day I paid the Telstra phone bill and 10 minutes later lost all the landlines.  Connect with nbn and optus and after not being able to answer the mobile and spending $20 on pre-paid mobile, the third idiot I spoke to  said I should ring Telstra since they still have the account.  No, it's not inside the house and no I can't move the couch or all the things in the front room (in the middle of that for nbn) because I can't get down that low.  Why low?  Because the house is old and all connections are on the skirting board.  $15 this  time but at least the Telstra bloke was polite and apologetic about the cost and fixed it.  Outside line which was drooping after the storm and the delivery trucks were smacking into it. Great, back in business, panic levels dropping.

2. One day after that, landlines are out again.  But I notice the light on the powerboard is flickering so I take the phone plug out and try it along the line, all out except one so the phone is okay again. I'm looking at a new powerboard and more money and moving stuff to plug it in.  Next member of Parliament who says pensioners should be able to live on what they're given will be sent a vicious email.
Visits to the Doc's and flu vac
Visit to the Podiatrist
Visit to Dentist
Ahoy there Scott Morrisson, try pulling that kind of money out of a pension while you are struggling adding 2 and 2 for the next budget.

3.  Mother has lung rot again so oxygen and ventolin full blast. Says she's dying again. She picked up a bit when I refused to go to hospital with her if they insisted. 12 hours last time when I wasn't even offered a cup of tea was the very finish.
4.  Nephew turn up and I'm ready to brawl about the warehouse down my hallway, 4 years and counting.  Couldn't do it, never kick a man with Gout in the foot.  Learned that from my father, when he had Gout, you couldn't breathe near him in case the pain went up a notch.  Sister gets Gout in one toe, apparently it hurts a lot.  I have so much pain everywhere I wouldn't know.  So I still have a warehouse.

5. New fence is up and up and up.  I don't know what went wrong but the fence that reaches my brick wall would have to be over 30cm taller.  They've spent the weekend digging out their old lemon tree and I notice the wooden fence slowly going up until the spouting disappeared.  Usually a new fence will be a bit higher, the other side is about 10cm.  And I think they may have nicked some of my land. The two brick fences were quite close, the wooden fence is right on top of my bricks and the other brick fence seems to be about 20cms away from the wood.   At least the back fence is sort of fixed up so only half might fall down in a storm.  What got up my nose was the fact that these builders and neighbours were walking in and out of my property and never once said what they were doing or getting permission to tramp over my land.  I felt like the Queen does when she sees a group of ramblers trotting through Sandringham.  And neighbour did the one thing that is a no-no, got going and painted the palings as soon as they were nailed.  Wood needs time to settle and dry out and he already has zebra stripes where it's moving and he was so careful not to let one dribble come over on to my unpaid for side.

6. I left the good news for last.  The tree lopper did a fantastic job and even though I have a Visa card again, it was worth it. Photos when I remember what I did last time to get them off the camera and onto the computer.