Australian politics is just anarchy without the bullets 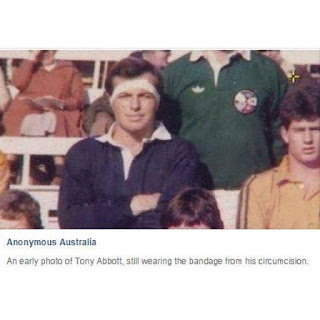 Yes, that is my opinion in that photo. 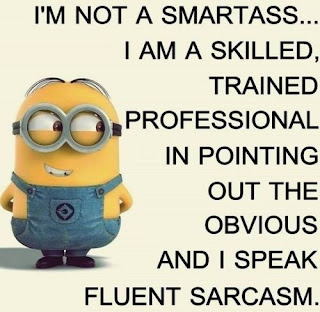 Yes, I love minions especially when they speak my language.

I spent this morning's breakfast break watching Bill Shorten in the witness box trying to answer the same question put 80 trillion different ways by the interrogator and it was Shorten who was accused of being a time waster.
This is costing taxpayers a fuckload of money for which they will no doubt find a way to blame pensioners and the unemployed for the country being in a financial crisis....again.....still or are we out of that crisis implied in Fat Joe's first budget.
Getting to the point faster than Bill, I would like to point out that this is the 21st century and most of the world is computer savvy, a few of us might still like to write with a quill but digital is top of the heap.  So why are the relevant documents in this inquisition not on a computer in front of all concerned so that when invoice no. 639 is called to front and centre, volcanoes erupt, buildings collapse, Captains Call before it is found.  Bill is time wasting?  Flipping pages in numerous binders instead of being able to enter no.639 and instant invoice seems a lot more time wasting and money wasting than Bill trying to answer questions from when he was in Parliament and not playing at Union boss.  Let this be a lesson to all leaders of everything, keep a diary, it'll save us money and throwing breakfast plates at the tv.
I received my Visa statement this week and couldn't remember a thing I'd bought last month so don't ask what I bought 10 years ago.

Second on my shitlist for the day.  Shenhua Group, mining, large, coal. May dragons comsume your firstborn to the nth generation for mining the Liverpool Plains, a food bowl and glorious countryside.
No need to worry yet, they won't start chopping up the wildlife until 2017 so we have plenty of time to plant the landmines, roll out the barbwire and oil up the shotguns.  Barnaby is on the job, he's very very upset with the Captain, like that will amount to a pile of cow crap.  Ah, the Captain, he who famously said, the Country is open for business.  The business of open coal mining, fracking, logging old growth forests and next Soylent Green, I mean who will miss old people and the unemployed.
I'm an endangered species, I'm obese and old, I could make so many SG dried pellets I'm practically a walking bankable asset.

Laughing at that photo of Tony Abbott.
Not laughing at all about that time wasting Q&A; you're right about those documents being far more readily accessible via computer. Why the heck aren't they??
Good to hear you're not an orphan just yet.

Snap. Lots of agreement. I didn't expect to like Tone and his buddies but I didn't realise (foolish I know) just how much I wouldn't like them. Agreeing with Barnaby Joyce is scary.
And of course your mama survived. She makes titanium look like tissues.

oh El Chi - Titanium was the faerie queen in midsummer night's dream, evabodee kno that faeries live forever.
Dear Coppy - I used to be disgusted but now I'm just amused - Our Bogan PM is just a constant source of hilarity ... "still wearing the bandage" ... oh I love the internet. and your blogposts

Of Course Mother lives!!! And stop using her as an excuse to eat ice cream!

Verily, if old Labor men could see the spivs leading that party in recent years they'd revolve into eternity.


"Yes, I love minions especially when they speak my language."
um, 'fluent sarcasm' does not guarantee Federal financial support,

River, it was just infuriating to see people flipping through binders and not finding anything because they weren't in the same order. A total waste of money and I'd have felt the same way if it had been the Mad Monk up there.

EC, you are right, I was head down in a book the other night and found myself agreeing with a voice about the mining and looked up to find it was good old Barnacles, oh the shame.

Annie O, I think she died years ago and just wont admit it, she is stubborn.

Robbert, I had morphine after an op and floated away on a pink cloud, Magnums are morphine on a stick.
You're right about Labor, the bench mark for any leader should be John Curtin. He had his faults but he had guts.

Davoh, minions were made to serve evil masters but usually ended up getting them knocked off. I would like to order 3 truckloads to be delivered to Canberra and may the worst leader win.
Asio already have me on the books.