Beware the politics of men 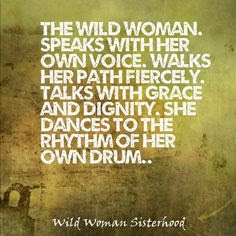 With all this election rubbish going on here and in the USA, women should commit this to memory.

A recent survey of Trump supporters discovered the following:


Why am I repeating something that does not concern our election?  Because after reading some of the election material of the minor parties, I mean meaner parties such as Family First, I could replace America with Australia.  Look at Morrisson, he feels discriminated against because of his religion. He seemingly has forgotten that he chose his religion, he wasn't born with it, his genes didn't jump up and down screaming I'm a religion, I'm a religion.  Unfortunately gay genes can't scream, they're too busy hiding in case some religious nut jumps up and down screaming, he's gay, he's gay.
How many Australians would say the values of Islam are at odds with us?
How many Australians would say immigrants constitute a burden on us?
How many Australians would say the Australian way of life (booze, utes and blowflies) needs to be protected against foreign influences?
I don't know about changing for the worse since the 50s since some of our politicians seem to be still living there.
As for a leader who is willing to break some rules to set things right, sorry but I don't think we can resurrect the Governor-General who thought he would be Queen.


It worries me the percentage of people who were willing to answer this survey in this fashion and who would answer the same way in Australia.

It brings me back to the Wild Woman Sisterhood, mothers should be running the country, the CWA would be better financial managers than who we have.  Women in business who are married with children can multi-task better than Parliament.  Most women are against war but we can still fly fighters and command Navy ships but we don't take killing lightly.  Women are probably the biggest change for the better since the 1950s.  One day we will take over the world when the men have finished experimenting with ruling with half a brain, that's not each, that's between them.

The Rise Up Australia Party is even meaner than Family First. And the local candidate in my electorate is a woman. Sigh. And shudder. When I voted last week I was hard put deciding who to put at either end of my selection.

EC, I wished I had taken up the offer to postal vote this year but trust Australia Post with my precious vote was a bridge too far. Now I'll have to wing it.

It seems everyone I know on these blogs is down on religion, and it's annoying to be so out of fashion. But there are probably lots like me who were changed (I'd say "saved" but it sounds preachy) by religion at a very young age. My mother had an impoverished life with my father who was a total pisspot, drinking every penny he got. Her daily battle with him was to get money for her kids. Neighbours minded their own business in those times and the only material help we got was cautious and minimal. The most lasting (for me) help came from a religious woman called Mrs Pratt who had a flower shop in Chapel street where my mother took me when she needed somewhere to break down. My support for the Cross is a respect for this woman who wore the Cross. The hardest thing is not to love it.

Robbert, Religion has been usurped for more selfish reasons. I wouldn't call Mrs Pratt a religious woman, she was a woman who had faith and used it for the benefit of others. There are too many other stories in our generation about people who promised religion and delivered evil. My father hated religion but he did many a kindness without thanks, his best mate was Catholic and he never prohibited me from exploring religious beliefs. The beliefs were fine but the people were usually not worth the effort.

Do you know the difference between All and Some? It's a basic in clear thinking. What you're saying here is muddled. Generalised as well, and with no specifics whatsoever, but then I've never found your tub thumping to have much merit.

I don't even know which parties are in it or how many there are now, seems like every election has twice as many parties running and who knows what they're after apart from political cash.
I don't like any of the main runners, it will come down to a snap decision on the day for my vote.

I don't even know what to say about this. I'm in the U.S. and it seems the entire county has lost it's GD mind.

-Robert.
If you please.

i hate politics, and im not after that.

This blog is acquiring some glamour, outstanding hairdos, Miz Jahteh will have to get that diamond tiara out of hock, and put the walking frame in for a service.

Robbert, still recovering after 7 hours in ICU on Sunday. Mother of course but the paper work went on and on. If I wasn't there to answer they'd have written her up as dementia because she was in pain and couldn't remember anything. Nothing to eat or drink and hard chairs but she's due back at the Home today and she'll get there by hook or crook. At the Home she's Queen Bee, in a hospital, she's a number.

Vapid Vixen, U.S. elections always confuse us but it's getting the same here. You just have to remember that they're all lying to get voted in so you choose the one least likely to do too much damage for four years.

Angello, It's not politics, it's the BS you have to walk through to vote. I vote because it took too many women to ruin their health and lives to ensure we have the right to vote. I'm not sure I would have been that brave.

In hospital she's a number?

Of course in hospital she's a number!- Number ONE!

I really hope you go the Heaven on the same day. The push and shove at the Pearly Gates would be worth buying a ticket for.